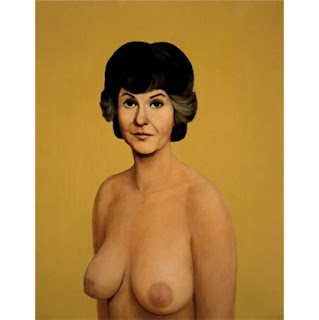 It was super easy for me to flippantly select Bee Author as a blog title, having been partly named Bee as a blogger previously, but I doth protesteth too much that it is not with any pretense of actually considering myself an "author"  that I have done so.  (I just didn't put that much thought into it.)

Sure, I would tell my own kids or students that anyone who writes anything is an author in a certain sense.  "You're talented.  You're worth it.  Follow your dreams."  Yada yada yada.  However, in lieu of actual written products, I will avoid insisting upon such regard until at some future date wherein I have completed my duties thusly.

Incidentally or no, entitling my blog as I have has, by necessity, caused me to think of Bea Arthur more in even just this one day than I have in my entire life, but surely this is a good thing.  While I will no doubt profane her near name many times over, I wish it to be known that I have the utmost regard for Bea Arthur, a feminist who joined many others in paving the way for me to be as crass as I want to be on this here blog that no one reads.  Thanks, Bea.

Of course, this doesn't mean that writing honestly about being a mother, a teacher, a bisexual woman and a (more occasional than I would prefer in my singledome) sex-haver couldn't get me fired from my teaching job.  Nor does it mean that my right to safe, affordable, accessible birth control and health care are guaranteed.  They just aren't.  Still, neither of these noble endeavors can be claimed as my purpose for writing here.  Why not let a graph say it for me...


Oh my Jesus, after several tutorials with my math students on how to present information graphically, I just realized that I don't have to go around stealing other peoples' fake graphs.  I can make my own.  This does, indeed, make technology useful.

As much fun as this is, I have a shit ton of work to prepare for the school week.  I am working 7 days a week until the summer (at a weekend job, where I am obviously working very hard as we proverbially speak).  Usually, Saturday is my paper grading day and Sunday is my planning day, though it often works out that I only spend a few hours doing those things with a whole bunch of stupid Facebook games and netflix movies added in.  I have just gotten to the point of trading numbers with a person who first contacted me on OKCupid last year about this time and then we both dropped the ball.  There might be something going on there, but that is literally after not having met anyone in such manner in over a year, so my enthusiasm is well contained.  It's an attractive feature, I know.

I could use a little more vanity, really.

Thanks, John Currin, for your sexy art that I am using without your permission.